Arrests Made In The Bruno Total Home Performance Investigation

During the Fall of 2018, The Cape Coral Police Department, as well as the Florida Attorney General’s Office, began to receive complaints regarding Bruno Total Home Performance. There were numerous consumer complaints alleging deceptive and fraudulent business practices used to sell air conditioning units as well as warranty related services.

In November of 2018, Detective John Howes of the Cape Coral Police Department in conjunction with the Florida Attorney General Consumer Protection Division initiated a criminal investigation into the business practices of Louis Bruno and Bruno Total Home Performance. As part of the investigation, on January 15, 2019, a search warrant was executed at the office of Bruno Total Home Performance in Bonita Springs. At that time, Detectives seized all business-related documents and over 125 electronic items including cell phones, desk-top computers, flash drives, I-pads, laptop computers and towers.

This was a very long and in-depth investigation that revealed that Louis Bruno, along with his General Manager Tammy Schreier, and several other co-conspirators engaged in an ongoing and systematic course of conduct with the intent to defraud consumers.

Louis Bruno and his co-conspirators took advantage of the PACE program that was developed to help homeowners finance energy -related home improvements. Currently, The City of Cape Coral has agreements with 4 lenders that will allow homeowners to borrow the money needed to make home improvements such as installing energy efficient air-conditioning units. The debt is then repaid through voluntary assessments on their property tax bills. The program allows a homeowner to borrow up to 20% of the assessed taxable value as shown on LEEPA.

During the investigation, it was determined there were several different types of fraud occurring. One of the fraudulent schemes included having employees of Bruno Total Home Performance go to a customer’s home to give an estimate of a new air-conditioning unit. In some cases, they would ask the customer to sign the estimate on an electronic device such as an I-Pad. Then that signature would be transferred to a sales contract, without the customer’s knowledge, and Louis Bruno would apply for funding through the PACE program or other home improvement lenders. This was done without the customer’s knowledge and in some cases, where the customer was physically unable to sign anything, their signature was forged.

In addition to applying for funding without a homeowner’s knowledge, Louis Bruno would finance the maximum amount allowed under the program which far exceeded the cost of a new air conditioning unit. Many victims did not realize that they had been scammed until they received a statement from the lender showing they had, in fact, taken a home improvement loan. In addition, Louis Bruno had filed liens against several victims. However, once the Cape Coral Police Department served the search warrant in January of 2019, he then stopped all those proceedings.

Just to give an idea of the scope of this investigation, there were more that 240 consumer complaints filed with both the Cape Coral Police Department and the Florida Attorney General’s Consumer Protection Division. The victims included 135 seniors and another 28 were either active or retired military. All the complaints combined allege more than $2.3 million dollars in losses.

This has been a long and tedious investigation. Our partnership with the Florida Attorney General’s Consumer Protection Division has been invaluable. Attorney General Ashley Moody said, “I have said since taking office as Attorney General that I will not tolerate abuse of our seniors. Targeting seniors with fraudulent sales and scare tactics is disgraceful and criminal. My Office is taking action both civilly and criminally against these defendants to account for the fraudulent scams they perpetrated under the guise of serving consumers. Today’s actions will help bring these defendants to justice and will seek to make these victims whole.”

What you can read next 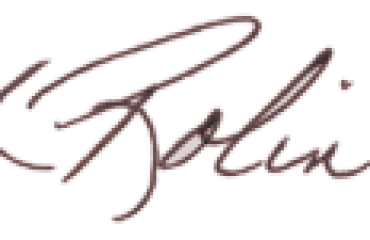 Get Rid of that Registered License and Go State-Certified!